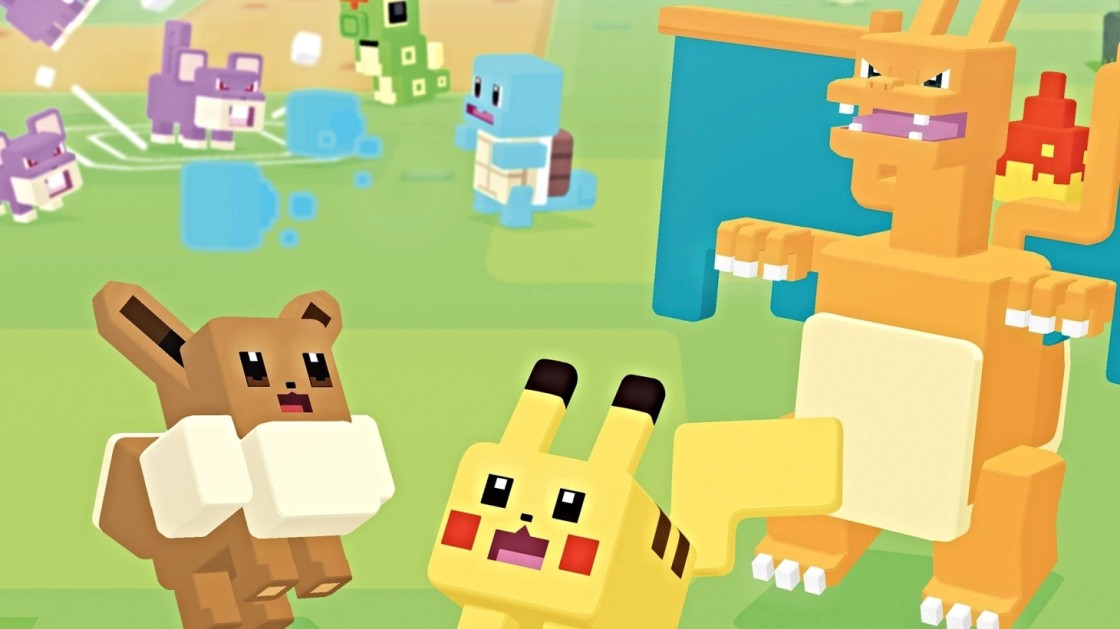 Why Pokemon Quest is Great for all Players

When I first saw gameplay footage for Pokemon Quest, I was sad. I felt like Nintendo were waisting their time making, mediocre freemium games that no players really wanted. That’s not to say that fans didn’t want Pokemon games on mobile devices. For years the idea of porting older Pokemon games has filled veteran fans of the franchise with excitement. Yet, this profitable idea that will keep all gamers happy has gone untouched untouched. I know Nintendo is cautious about where there original concepts reside outside of Nintendo consoles, but wouldn’t a gaming company want to create top notch games no matter what platform. While visually Pokemon Quest didn’t look bad, it still felt like Nintendo was ignoring the wants of their audience, and instead embarking on projects that would make the most money.

Eventually, I did download the game, and very quickly found myself addicted. Surprisingly, I’m really enjoying my playthrough of Pokemon quest, and looking what Nintendo was trying to do with it, this may be an opportunity for Nintendo to create differing Pokemon games depending on their target audience.

Now, I’m not going to be discussing the morality or ethics behind freemium games. Nor do I really want to touch on whether or not they are “actual” games. All I’m really going to say is that this was a market Nintendo had no stock in until recently, and so now they do. And it makes sense Nintendo would want to enter this market, because now their games are reaching consumers that they weren’t beforehand. And as far as freemium games go, it’s actually really good. Of course, it has the dreaded energy system, which deters me from playing almost every freemium game, but depending on your play style one energy can around 5 minutes, so a full battery can equal up to 30 minutes of game time. There is no real pay to win, and the game is both beatable and enjoyable without putting any money into it. I don’t intend on buying any of the DLC, but that doesn’t lead to a disadvantages, an unplayable game or a chunk of missing content.

While I was glad that the freemium element of this game was limited, what got me so addicted to Pokemon Quest was the surprising amount of depth within it. The cooking system, while simple in essence can actually be really complex, especially when you’re trying to attract rarer Pokemon. The inclusion of shiny Pokemon and other rare drops that need to be grinded are and advanced Pokemon player’s dream, making Pokemon Quest feel like less of a cash grab and more of a genuine game. Nintendo also provide a good balance between the amount of grinding needed to be successful and how much exp you’ll be able to get with a full bar of energy, which eased the minds of those who thought this game would be unplayable without putting money in. 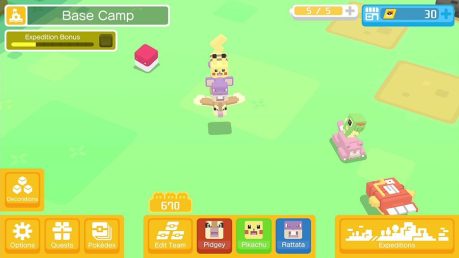 When I watched gameplay footage for Pokemon Quest, the first thing I noticed, aside from the fact that the Pokemon were now cubed, is that it strayed from the classic turn based combat the Pokemon is known for. I was unsure at first, but the game play is a breath of fresh air. We still get to inhabit a world with Pokemon in it, but the gameplay is completely different, which leads to a fresh experience that I really got behind. And considering Pokemon has become synonymous with a stale structure, I was happy to see Nintendo take a risk with the franchise.

So the game is good, which is good, because I like good games. But what I’m hoping is that this game, along with the recently announced Pokemon Let’s Go and the unknown 2019 Pokemon game mean that Pokemon is finally listening to their audience. No other franchise has gone through the identity crisis that Pokemon regularly finds itself in. The game is obviously catered for children, but the main audience of the game seems to be older players. This has led to so many inconsistencies within the series, particularly when it comes to difficulty spiked and drops during generations. 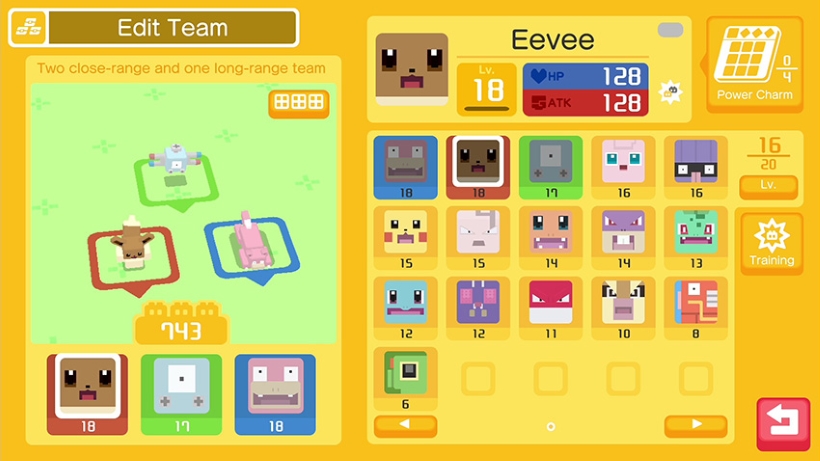 With this game, and the others announced, Pokemon seems to be segmenting their audience, which may lead to better quality games that reach the players that they’re intended for. Pokemon Quest is obviously catered towards the casual player. Someone that doesn’t have a lot of time to play games and may also have no console to play the Pokemon games on either. Pokemon Quest allows them to experience the series in bite sized pieces, and may even encourage them to purchase the Switch to play future instalments of the franchise on.

The new Pokemon Let’s Go! games are targeted for the younger Pokemon players. It still looks and plays like a Pokemon game, but it also seems to be a lot simpler in play style. The trailer suggests that its linkage to Pokemon Go may also be a gimmick selling point, something that kids (and I) am more likely to fall for. A watered down Pokemon game may seem counterproductive for veteran players, but emphasising aspects enjoyable to children would most likely make their experiences with the game more positive. 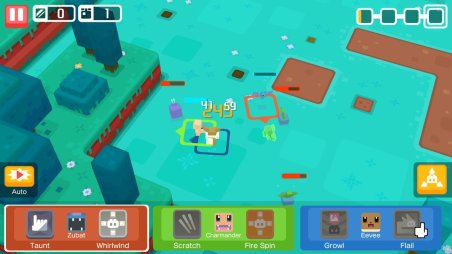 While nothing is known about the next core Pokemon game, supposedly coming to the Switch next year, if my prediction is correct, it will be catered to the older audiences of Pokemon. The players that don’t mind a bit of difficulty and want a deep game that they can really sink their teeth into. I feel like the worst part of creating a game with multiple parts to it would be having players not even explore a third of it, and hopefully Nintendo rewards the faithful that are willing to explore their game to the fullest.

At the end of the day, I could be completely wrong, and Pokemon could be making just a bunch of games that are tailored for kids and making money, but I’m going to give them the benefit of the doubt. Nintendo has always seemed like a passionate company that genuinely love entertaining the masses, and I’m sure this is reflected in their plans for this beloved franchise. And at the end of the day, instead of waiting to get 1 Pokemon game every 1-2 years, we’re now getting 3, and as a Pokemon fan, that makes me happy.

So I would highly recommend that anyone who is on the fence about this game to download it. It wont change your opinion on the franchise, or replace any of your favourites, but it feels like a step in the right direction, reflecting a positive future for the franchise.