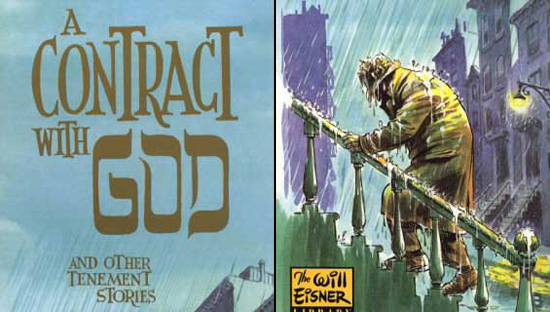 A Contract With God Review

Story and Art by Will Eisner

Will Eisner is considered by many to be the pioneer of the “graphic novel”. His body of work was not intended to whisk children away into worlds filled with caped crusaders. Instead, he was dedicated to the depiction of real life struggles that a more mature audience could relate to. During the 1940s he revolutionised visual storytelling before the comics boom, handling the medium as a form of literature, as opposed to an adolescent distraction. He refined his skills throughout his lifetime, and did not publish this piece, considered a staple of the medium, until he was in his 60s. A Contract with God primarily explores the immigrant lifestyle in the Bronx during the 1930s. Broken up into four separate stories, it’s filled with Eisner’s experiences from both his childhood and later years. The piece is not only tragic, but also intimate, with each character, more specifically their flaws, seeming to resonate with Eisner, and to a degree the reader too. While its impact may have been dampened since its groundbreaking themes have been expanded on, to a greater degree, in other works, a piece of it rests in all graphic novels that came after it. 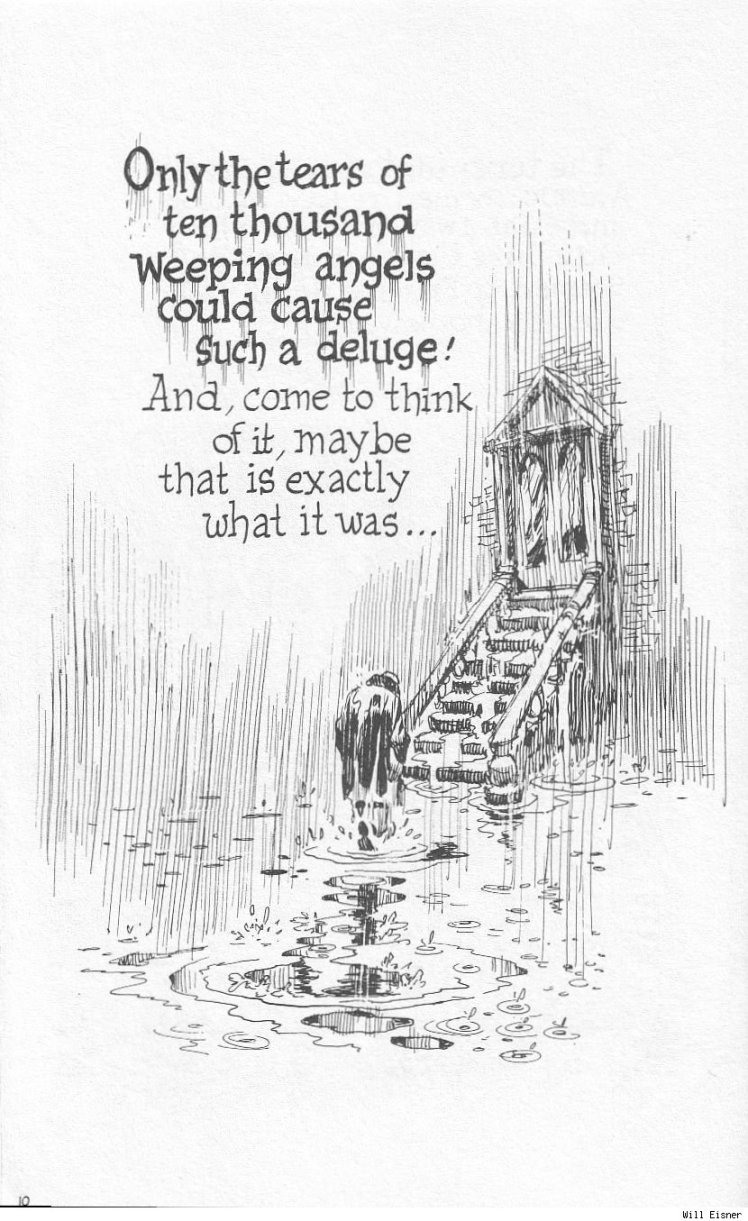 The title story, “A Contract with God”, tells the tale of an orthodox Jew who rejects his faith after the loss of his daughter to a fatal illness. The idea that good people could be plagued with such suffering suggests no benevolent God can exist, a mantra the protagonist acts on for the rest of his life. Further, if a God did exist, this heartless act broke the contract made with the protagonist as a child, offering unwavering faith for protection and happiness. Much like Craig Thompson’s “Blankets”, Eisner’s piece discusses an interesting topic that is bound to come up in any religious debate; what happens when unrivalled devotion is met with suffering?

What makes this harrowing tale even sadder is the fact that it was based on a true story, with the authors’ daughter having passed away from illness 8 years prior. This is not a book to aid in the Christian perspective. In fact, the protagonist adopts an existential outlook after severing his ties with God. However, this is not a book that bashes religion. While prosperous in a material sense, our protagonist’s life seems just as meaningless without faith as it was with it. Even if you don’t decide to pick up this graphic novel (though it is quite short), you must read this piece. It’s an essential for any reader interested in literature as a whole, and the many mediums it nests in.

The second story follows a young busker, as he sings in the streets of Dropsie avenue to support his wife and child. There, he meets a old lady that is convinced she can make the boy a star. This story is almost as depressing as the last, but for completely different reasons. While the characters act despicably on their paper stage in front of us, you never really feel anger. Once you realise that every action is causally linked to a series of unfortunate events, all you can feel is a mixture of sorrow and frustration. Its not a instance of justifying immoral actions, but rather a situation where you want to throw your arms and scream at the world for putting these people in this tainted world in the first place. An in that instance, Eisner has created a truly compelling story. One where you not only empathise with the characters for how grounded in reality they feel, but are so complex that their morality is debated as if they were real people. Very few people can craft characters with that amount of depth, and Eisner is one of them.

The third story, “The Super”, is the shortest and most disappointing. It focuses on a landlord and his interactions with his tenants, particularly a young girl visiting her family. The story escalates at an outlandish pace, trying to make each panel more intense than the last. However, it never stops to ask itself “why are the characters doing this?” “Would someone truly act in this way?” The answer, for the most part, is no, and the ridiculous nature of this story portrayed a ‘melodramatic cartoon’ as opposed to a graphic novel. If anything, this piece goes to show that you can still explore dark and taboo subjects while completely draining all reality from the scenes. Which is a real shame, because the first two stories did such a good job at creating a grimy and inherently human landscape. 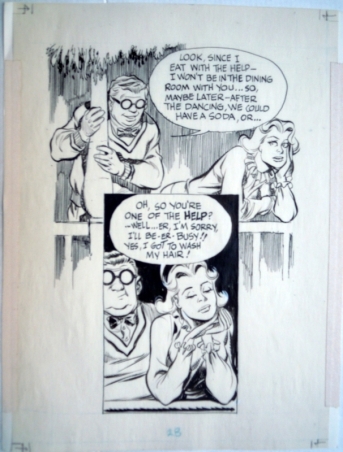 The fourth story somewhat redeemed the overall novel. It follows a group of residents that go to a country club for a holiday. With what seems to be a “fresh start”, we watch the characters morph their persona’s to fit various agendas. Some characters attempt to look rich, with the intention of wedding wealthy suitors. Some characters enjoy that change of pace as an escape from their failing relationships. And unbeknownst to some, unlikely relationships begin to blossom. It was an enjoyable piece that portrayed real issues in a very unreal way. As I continued to read, I was constantly thinking to myself “that’s not how it works!”, but found myself entertained none the-less. It was definitely on the cartoony side, but unlike the previous story I still felt connected with the characters, even if it was only through humorous encounters.

The art throughout out this piece is good, but not spectacular. A contract with God was not created with the intention of being aesthetically pleasing, rather portraying grimy and often harrowing tales, which the art compliments. Not to day that grimy and harrowing tales cannot be beautiful, but I just found the art to be slightly “cartoony”.

While inconsistent in its representation of humanity, Will Eisner’s “A Contract with God” really pushed the boundaries of what the graphic novel medium could do. While some may argue that GMs could never be considered literature, Eisner’s ability to create immersive stories and evoke real emotions through compelling creations may suggest otherwise. To be honest, in this day and age, reading these stories wont be challenging for any reader as they may have been 40 years ago. But they’re still worth reading today, and their legacy will be cemented in the medium forever.