My Experiences with – Joe Hisaishi Symphonic Concert: Music from the Studio Ghibli Films of Hayao Miyazaki

Music is an incredibly powerful medium, albeit one that I am not particularly well versed in. Despite finding it an enjoyable experience, I find immersion more regularly in reading and playing video games. However, after watching the Melbourne symphony orchestra’s concert “Joe Hisaishi Symphonic Concert: Music from the Studio Ghibli Films of Hayao Miyazaki” on Friday, the 27th of april, my beliefs surrounding soundtracks and music as a whole drastically shifted. I have, and always will be a Ghibli fan, but I had no idea how moving the Melbourne Orchestra’s rendition of the pieces would be.

To me, music is an essential aspect of a film. It’s needed to build atmosphere within scenes, and can subtly imply time period and attitude of characters. Studio Ghibli, a titan in the animation industry is renown for its music, particularly in its emotive qualities. Their blend of complex stories, breathtaking artistry and child friendly aura is embodied in their score. Utilising the Melbourne Orchestra, musical legend Joe Hisaishi conducted what was an incredibly emotional night. Hayao Miyazaki’s right hand man, Hisaishi has created music for over 10 of his movies, and has collaborated on the music production of nearly 80 films in total. His vast experience and passion for music was evident in his performance, as he guided the audience down 35 years of brilliance. 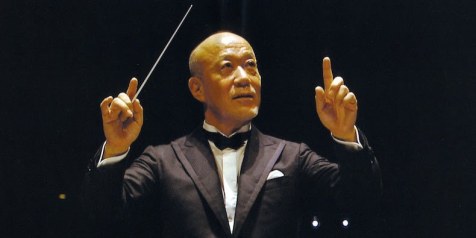 He was absolutely phenomenal, showing character in and out of performance, bowing graciously as the audience cheered him on like a rockstar. His daughter, Mai Fujisawa, also made an appearance, singing various songs throughout the night. I was a bit disappointed she didn’t sing the chyme from “Requiem for Nausicaa”, a song she sung for the Ghibli movie over 33 years ago, at the age of 4.

This performance showed me that music of Studio Ghibli on its own can evoke the same emotions, and create the same immersion as the films themselves. The score, which ran seamlessly from song to song, produced feelings of excitement, wonder, hope, happiness and tranquility. It felt complex without being obvious, and a flurry of thoughts and emotions ran through my head as I sat back and drifted from world to world. By the end of the night, I was exhausted, emotionally and physically drained. That reaction is something only extraordinary music, and extraordinary musicians can produce.

I was able to compare my thoughts with a friend I invited, who had not watched a single Ghibli movie. Not only was he almost moved to tears, he told me afterwards about how he was going to message a loved one about how much he valued their friendship. I felt that way too. Ultimately, the performance made me realise how extraordinary life is. The audience walked away having a greater appreciation for our world, particularly the most insignificant aspects of existence, because sometimes they can be the most meaningful.