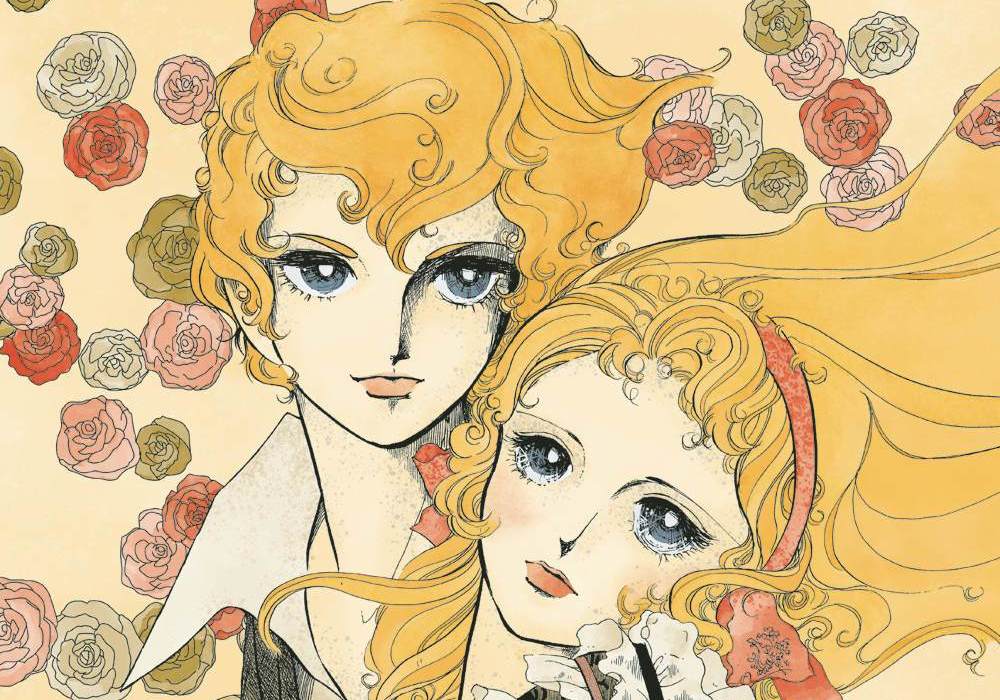 Story and art by Moto Hagio

When reading manga, rarely do you find a title with writing resembling literature. The marriage between art and narrative requires a harmonious balance, which is often strained with the inclusion of dense, sophisticated passages. Moto Hagio’s The Poe Clan attempts to bridge the gap between the mediums, using manga as a funnel to produce a unique spin on Victorian rhetoric. While its advanced storytelling borders on confusing at times, we find ourselves with a wordy series that takes manga in a different direction.

The Poe Clan are a group of Vampirnella, immortal beings that prey on the essence of humans. Due to unforeseen circumstances, two children, Edgar and Marybell, were inducted into the clan. As they still take the form of children, the group must travel frequently to dismiss suspicions of their agelessness. The story is cut up to explore various journeys, the children’s induction, and the humans affected by these elusive creatures.

All characters, no matter how progressive, exhibit the reticence of the time. Class and gender norms are weaved throughout the piece, which at times is more confronting than the supernatural elements. Impressively, this piece was completely devoid of Japanese, or any other external cultures. The medium truly acted as a blank slate, through which the story could be channelled. Acting as a corrupting presence, the Vampirnella (a reimagining of the classic Vampire) challenge the ingrained conservative values through acts of sensuality and promiscuity. However, in a contemporary twist, the Poe Clan are not just the butt of a cautionary tale. The creatures themselves present their own depth. The internal politics of vampirism exacerbates issues of love, immortality and feelings of otherness. While this does sacrifice the horror of their presence, their substance adds significance to their connections between teach other, and humans. In a sense, Hagio suggests that these creatures are almost emphatic conceptualisations of humanity.

The use of Victorian literary techniques is no gimmick either; there are more motifs of Victorian writing present in this manga than necessary if only for weak aesthetic purposes. This is particularly true when the piece begins to explore sexuality. In terms of manga, there is a very distinguishable mould the seeps into most depictions; hyper-sexualised characters that are simultaneously promiscuous and innocent. They hardly resemble coherent characters, and sex has been a method of maximising profit as opposed to adding its own value to the piece.

However, Hagio’s fluid notion of gender is a clear exploration of concepts that underpin our social expectations. The sensual nature of vampirism, (and their symbolic significance) is still present, but the added layer of homoeroticism allows for further exploration of romance. We don’t just question the value of sex, or the value of sexual orientation, but the value of relationships. How can a creature offering a young nobleman a chance to explore the world be more monstrous than a patriarchal system attempting to chain him down in the first place?

The art in this manga is absolutely gorgeous. Using the classic Shoujo art style, softer facial outlines create more effeminate features, further playing on gender depictions through visual cues. Softness also allows the characters to blend within their environment, establishing a cohesive relationship between human and nature. The artistic style also increases the emotional capacity within characters, capturing more accurate depictions of living. The page decor and backgrounds felt surreal, often traveling from one panel to the other with total disregard for conventional comic standards. When the harsher tendencies of the Vampirnellas are revealed, these vampiric notions manifest physically, creating scenes that combine the romantic and the violent.

The translation was excellent, with prose much more poetic than I’m accustomed to when reading manga. The actual pieces of poetry present, which reverberate throughout the piece, were a great tool to repeatedly instil uneasiness. It also furthered the story using non-explanatory writing, which was important, because there were scenes where so much information is given to the reader that they need time to process what is happening. This was often aggravated with the bizarre story cuts that occur throughout the manga. New chapters often come with a different passages of time, which are conveyed relatively well. But there is no time to get acclimated to our new surroundings, and understanding their significance to the greater story, because so much is going on within chapters.

This was when the pacing of this manga could be inconsistent; sometimes it has time to dwell and use art to further the story, but in other instances it must rush through the narrative textually so that its readers can understand the next scene. And when you’ve got to be conscious of large chunks of writing, it may have been wiser to either cut that down, or remove elements of the narrative. Sometimes the plot itself didn’t make sense. For example, in one scene, a character throws water on his friend’s face, which results in a death duel. These pacing issues led to rapid plot points only valuable insofar as they pushed a storyline, overlooking the nuance of narration. While the sophisticated language rarely alienated the audience, sometimes the storytelling did, which lessened the quality of both.

The Poe Clan does something most manga shy away from, flexing the element of writing in an attempt to create a compelling story. While it’s a commendable effort, an imbalance between story pacing and the writing sometimes split the piece into aspects of compelling drama and wordy convolution. Nothing can detract from Hagio’s art, however, and some intriguing additions to a prolific figure of the supernatural led to some interesting discourse on art, relationships and society.