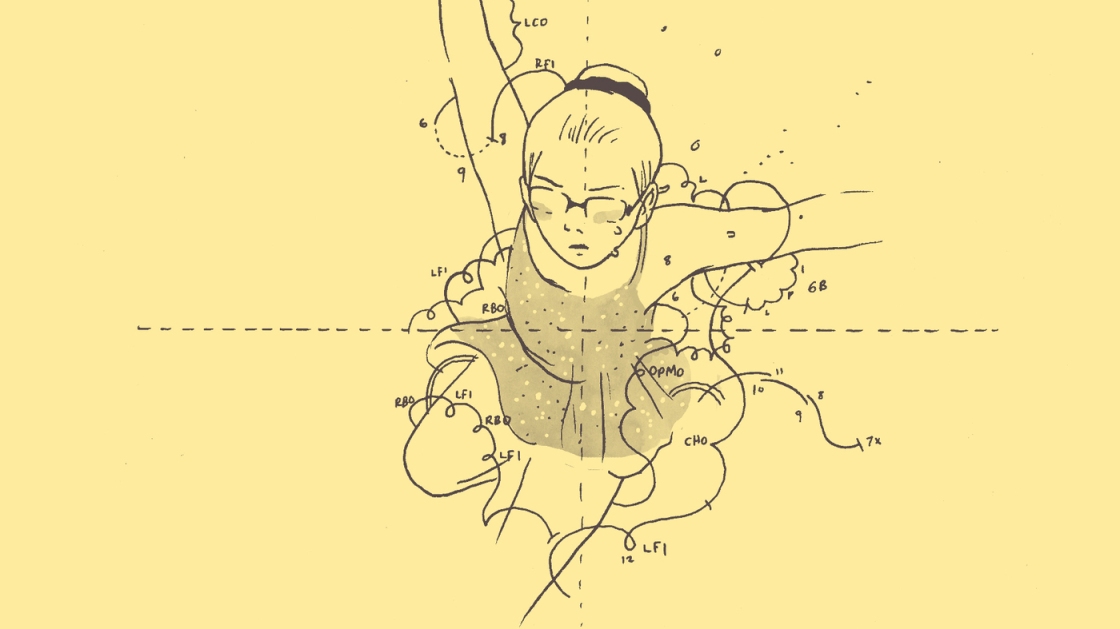 Story and art by Tillie Walden

Spinning presents a captivating look into the turbulent life of author (and then teenager) Tillie Walden, whose childhood revolves around the competitive figure skating scene. It explores the process of a passion slowly fading, acting as a lens to view other issues of adolescence, including bullying, loneliness and sexual identity. While a well spun story, the narrative introspection needed at significant moments wasn’t always present, and rarely as refined as the art accompanying it.

Any coming-of-age memoir’s biggest strength is its relatability. Without an empathetic sense emanating from either character or narrative, investing time into someone else’s life seems arduous. Fortunately, Tillie’s story is filled with vignettes that tug at heartstrings, and culminate to (arguably) the most relatable struggle of all; as adolescence blooms, the components of our identity begin to shift, and we undergo a journey to find who we truly are. As cliché as it sounds, the role that the self plays during this time period really is pervasive; we now possess enough autonomy to understand where our interests lie, but also possess the ability to modify our dreams based on our understanding of reality.

Tillie finds herself struggling to maintain the child-like compliance that allowed her to sacrifice so much for figure skating, which has become stifling to her self-exploration. Running parallel to this progression is the increasing anxiety regarding Tillie’s sexual identity. While the protagonist’s sexuality doesn’t undergo questioning, the idea of sharing it with others is still a source of apprehension. When the two issues begin to overlap, alongside other complications that arise with growing up, the overwhelming nature of living consumes Tillie, and the reader finds themselves wading through the melancholic waters of life with her.

It’s the marriage between Tillie’s story and her artwork that makes Spinning so captivating. The chilly air emanating around these barren ice-rinks seeps through the pages and into reality. The use of cooler colours not only describes temperature, but the mood of our protagonist. I don’t need to be told that she’s exhausted from her lifestyle, which includes 4am starts, after school practices and academic catchup sessions; I feel burnt out experiencing it omnipotently. I can only imagine the dedication required to adopt such a lifestyle, and Tillie’s questioning of her existence is captured wonderfully in her illustrations. They remain simple, elegant and powerful, using expertly framed and minimalist qualities to emphasise the internal struggle that such a seemingly physical sport exerts.

Tillie is an incredibly strong person. While she finds herself teetering on breakdowns more often than not, she manages to overcome the difficulties life throws at her, and make her own decisions about her future. The difficulties Tillie faces aren’t tools for sympathy, but an honest portrayal of living. Even though the issues we ourselves face may not be as chilling, they can be just as harrowing, and just as debilitating. Ultimately, Tillie provides the end that everyone wants to read, and that everyone wants to be told: The world is filled with pain, exhaustion, anxiety and loneliness. There will be times where the bad will cancel out the good, or even entirely overtake it. But through reflection, and surging forward with melancholic hopefulness, there will always be a future. A future that contains a stronger, wiser and maybe even happier you.

At the end of this piece, Tillie leaves a note for the reader, stating that the purpose of this piece was never to create an accurate memoir, but instead to capture her feelings of this time period. I hope Tillie found writing this piece a cathartic experience, but from a reader’s perspective, there were certain aspects of the story that I would have liked to see more of. For example, the relationship between Tillie and her brother, for the most part, develops in the background, with the latter only appearing for certain developmental milestones. Not only were relationship dynamics overlooked, but seemingly monumental events in Tillie’s story were also brushed over. Perhaps it was to mimic the way in which these events were processed, internally and with no council, but even then its importance could have been emphasised in introspective moments, which were underdeveloped throughout portions of the memoir.

As Tillie was 21 at the time of publication, and even younger during the piece’s creation, the space in-between this piece’s events and writing on them may not have been long enough for her to understand, and then relay the significance of her story to the readers. I enjoyed the raw, and often resentful tone used when describing certain events/people, and funnelling it through reflection may have mitigated the emotions, but her narration rarely explores the issues it seeks to examine.

In spite of the narration’s inconsistency, Spinning is an excellent memoir from one of the medium’s brightest stars. There are some things that will develop with experience, but the talent Tillie possesses in terms of artistry and narrative framing are not skills that can be acquired. As someone who’s read her post-Spinning works, I can assure even the most unsympathetic critic that, as Walden continues to develop her voice, she has a lot more to say, and says it very well.