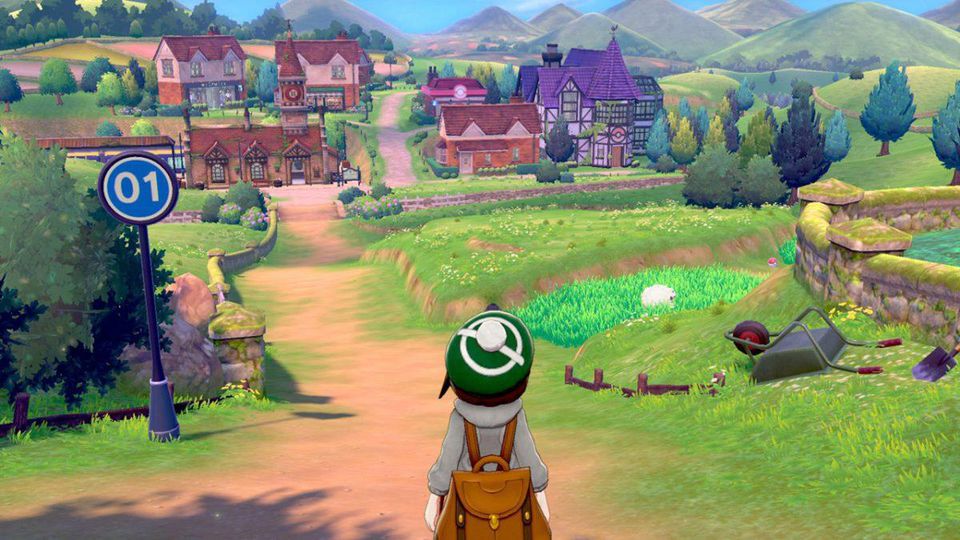 Pokemon: The Implications of Fading out a National Dex

In this year’s E3 Nintendo Treehouse, Pokemon director Junichi Masuda announced one of Pokemon’s most divisive feature in the upcoming Sword and Shield games; that is, not all of the previous Pokemon will be present within this new generation. While a lot of speculation has surfaced regarding this statement, with some fearing certain Pokemon may never make it to the switch, there has been mass outrage over the decision. Some claim it’s lazy on the part of the developers, attempting to use hardware limitations as an excuse for their absence, while others believe this decision will destroy the meta-game/online battles of these new games. While both may be the case, I believe that there is still some benefits to this decision in terms of Pokemon’s longevity and brevity when it comes to this new era.

Bringing Pokemon to the switch marks a new destination for Pokemon games. With it, Nintendo can create, in a sense, a “fresh start”. While that doesn’t mean completely neglecting previous generations (and I think we can all safely assume that Pokemon from previous generations will eventually by cycled into future generations – as Pokemon from generation 1 are so iconic they can never truly disappear), instead allowing the establishment of new, interconnected regions which players can grow up with. The first three mainline Pokemon games were all on (arguably) separate systems; Red and Blue were on the Gameboy, Gold and Silver on the Gameboy Colour and Ruby and Sapphire on the Gameboy Advance. While they still remained linked through plot and trading capabilities, they were not necessarily considered linked regions. Generation 1 and 2 were connected through their story, but their significance to the third wasn’t as defined. Further, if not through story, the change in technology also brought with it some variability within the games. The Nintendo DS, however, and its extended lifecycle, brought with it a series of heavily interconnected regions, with advanced interactivity (which comes with advancements in technology) reinforcing the idea of one, cohesive world. Not only did these technological advancements make the games look better, and in that sense the Pokemon look better, but it felt like they held more significance.

Towards the second half of the DS’s lifecycle, and the introduction of the 3DS system, the fifth and sixth generation of Pokemon games were able to attach themselves to already established Pokemon regions, implicitly ascribing depth to their worlds. However, less meaning was placed on those regions as standalone entries, which made them less of an entry point and more of a continuation of the series. While that doesn’t mean these games were less enjoyable then previous iterations, nor that they didn’t include new ideas, it still made them susceptible to dismissal. This next claim is coming from someone who still holds Pokemon Y as their favourite game of the mainline series; but the lack of importance these regions possessed made them feel churned out – the Pokemon were forgettable, the story was forgettable and the world was forgettable. Again, this isn’t the case for all players, but when you have such a formulaic sense of storytelling/plot progression, mixed with a rather simplistic combat system, Pokemon relies heavily on the Pokemon to create fresh experiences. But after 6 generations, that isn’t always possible. Particularly when there are formulas within Pokemon creation too, for example, the electric rat Pokemon, the token normal type or the Pokemon only known for gendered variations.

The seventh generation brought with it a refreshing outlook by separating completely from the other regions. In a sense, this detachment was its gimmick, but also made the experience distinct. The new Pokemon made sense in their environment – tropical looking due to divergent evolution – and in that sense were memorable. You could even argue it was able to successfully bridge the gap between having a large quantity of Pokemon from previous generations to include, and linking their presence to features of the newer games (through Alolan forms). Having it as a one-off did, in my opinion, peak interest, but for every new Pokemon generation to have a completely detached, tropical island aesthetic would negate the importance of an interconnected Pokemon world. Instead, it is through these new switch games that Nintendo can establish a new set of interconnected Pokemon regions, ones that remain on the same platform (as opposed to Gameboy, DS, 3Ds), where younger players do not have to track back 23 years in order to understand the significance of certain additions in the game.

While the Pokemon games have always created a good balance between exciting experiences for younger players and challenging experiences for older players, trying to bridge the gap between over 20 years worth of content, while also creating a starting point for new fans seems a daunting task. When we talk about the purpose of Pokemon, it’s not just in the sense of why are they created – the developers have to ask why are they present in particular regions, and why are they present in particular areas of the game. This ultimately leads to the question of how do these Pokemon interact with their environment, and how will they interact with the player. When a Pokemon from a previous generation pops up in a random piece of grass, it can be exciting for previous players; it brings with it both a sense of nostalgia, familiarity and worldly cohesion. But for younger players, who have no idea what the significance of this Pokemon is, it may oversaturate their experience. In doing so, it makes it harder to establish the newer set of Pokemon, who are intended to be major staples of the series’ future. It has been empirically suggested that an important aspect of liking something/someone comes with repeated exposure to it. If these newer Pokemon are given more screen time consistently, it’s more likely that players will ascribe importance/meaning to their appearance, and ascribe them with more significance.

This is something that, in my opinion, has become more and more difficult to do in previous generations due to the amount of previous Pokemon that are included throughout the game. By starting a new line of Pokemon lore, there will now be a new world for younger audiences to grow up with, and just as the old Pokemon mean so much to us, these new Pokemon will mean so much to them. But that doesn’t mean the decision will completely neglect older players. Those who are burnt out from the same Pokemon/worlds can also appreciate a fresh and new experience.

There are multiple Pokemon that, while appealing in terms of creation, may serve no purpose in newer generations. For example, the Pokemon in the Alola region all shared an underlying theme; a tropical distinction from their predecessors based on the fact that they were on an island. Detached from the other interconnected regions, hundreds of years of variation and evolution had led to the Pokemon attaining unique traits that wouldn’t be seen on any other region. So to bring Pokemon like the Alolan forms into another generation would not only seem completely out of place, but also defeat the whole purpose, dulling the importance of the seventh generation in the first place.There are also Pokemon that hold importance in terms of story, but may offer nothing more than fan service in the long run. For example, the inclusion of the Ultra Beasts, or even other various legendary Pokemon would serve no purpose, unless inserted somewhere into the storyline. Which, again, would inhibit the establishment of new lore. It’s not only important for newer Pokemon, giving them time in the spotlight, but it also allows some of the greatest Pokemon created to remain in games where they are needed, without over-saturating their legacy. And by giving a rest to many non-legendary Pokemon, the player won’t feel burned out by either continually seeing the same Pokemon each year (as opposed to predominantly newer ones), but having to catch up on generations they may have missed.

There are many issues that I have not discussed in this essay, including:

These are all questions that the Pokemon company will eventually answer, as they significantly impact the future of the series. However, when I sit back and look at the implications of this decision, I can’t help but feel that there are quite a few positives. The previous generations, their characters and Pokemon should NOT be completely excluded from this new set of games. However, they should offer nothing more than a complementary factor, with the priority being on the future set of creatures. This seems to be somewhat adhered to in previous titles, but when more and more generations are included to be complementary, so much so that they outnumber new Pokemon, these newer and unestablished creatures begin to fade into the background. In giving all new Pokemon/characters some time to not only shine, but be attached to the new era Pokemon that comes with a Switch adaptation, the next generation will hold historical significance for the future of Pokemon, and, much like its predecessors, provide a building point for the years to come.

View all posts by Luke P.

One thought on “Pokemon: The Implications of Fading out a National Dex”