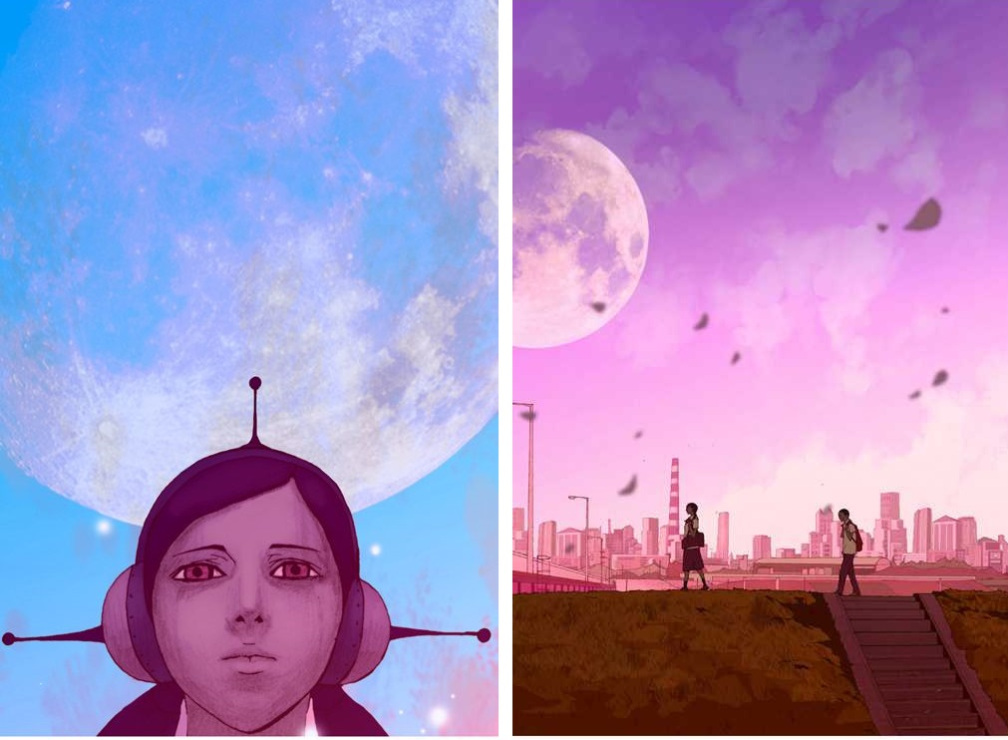 3-Level Combination | What you Should be Reading

Story and art by Ha Il-Kwon

I finished reading this manhwa right before bed, which was ideal, because after finishing it I needed a twelve hour sleep to recover from the exhaustion it subjected me to. 3 Combination Level is an exceptional piece, but one I will probably only read once in my lifetime. It provides a detailed exploration of morality, with humanoid robots and inhuman humans, presenting the reader with a coming of age story about a young boy devoid of compassion in his life, and the meaning he finds in the most unlikely of places. But be warned; this piece does not hold anything back. In fact, without any comic relief to lessen the blows, you might find yourself having a similar experience to me.

Set in a dystopian future, Hu go, along with his grandma and sister, hover on the poverty line. Despite living in a time where robots are becoming increasingly common, they still find themselves struggling with finances, illness and bullying. Hu go’s kind and caring nature is overlooked, and he finds himself ostracised by his class, his loneliness paired only with the frequent beatings he receives at the hands of bullies. It’s only when a female robot, “Chevrolet”, is brought into his classroom to co-exist amongst humans does Hu go begin understanding what is to have compassion and meaning in his life.

While I’m not a fan of the mecha genre, the subtlety in which this piece explores robotics made it a much easier pill to swallow. Having our protagonist become so attached to a robot, a machine only human based on the amount of pre-programmed phrases it can dish out, felt like a pure, unabashed love that is rarely displayed in manga (or if it is, never feels this authentic). The contrast between her and her human classmates is large (not physically, but in her dialogue), though her ability to reason is simple, yet, lacerating. She is able to discuss and commit to morals no other high school student can, implying that she can be more human than humans themselves. It is only the compassion she gives to the young boy that proves to him good people exist, and that those people should be cherished and fought for. While his robot companion was the focal point of the piece, aside from a few other robots, the city of new-Seoul was quite similar to our own. The setting seems to be in the distant future, not at a point where advanced robots inhabit every street corner, but their existence is no longer a work of fiction. Having to be accustomed to the rules and commodities of a highly advanced city is quite difficult, particularly in a manhwa that doesn’t really discuss setting much. But the advancements were subtle enough where they could wriggle into our story, yet similar enough to our own time that an appropriate amount of fleshing out was given.

As someone who doesn’t read webtoons often (manga/manhwa published online as opposed to through magazines) I was blown away by the art. As this piece is published in full colour, a worry of mine was that the detail of the panels (why I fell in love with manga) would be sacrificed so that the illustrations harmonised with their colouring. But as someone unfamiliar with the usefulness of coloured comics, I was met with a breathtaking experience. The author not only picked colours that were aesthetically pleasing, but have the ability to flesh out everything they touch without verba; expression. The blue sky made up a majority of the artwork in this piece, giving it a warm, almost nostalgic feeling of high school life and summer days. When the sky would switch to purple, a surreal, dream-like state would wash over its readers. Most of the futuristic scenes took place in this lighting, adding to these highly complex scenes while acclimating readers to the setting. The panels that looked as if they were vibrating were a new experience for me, and I very smart way of portraying motion while simultaneously building tension. The shots of our protagonist running through the city, next to the only other robot in this setting was highly symbolic, and a great way to sign-post his development without explicitly telling us.

My only gripe with this 3 Level Combination is the protagonist’s relationship with the side characters. His relationship with the robot is beautifully built, discussing both what it is to love and what it is to be human. The juxtaposition between her actions and the actions of those around her poses the question whether humanity is based on biology, or the way in which we apply morality. Aside from their bond, however, everything else about this piece is extremely dark. The boy is not just bullied; the mental and physical punishment he is subjected to is biblical. There’s nothing wrong with having such raw scenes to characterise or provide contrast to future developments, but it takes up so much of this manhwa that sometimes it was actually hard to read. And there were so many other reasons to squint through this twenty-five chapter piece. There really aren’t any “humans” (the way in which we perceive them, everyone was an immoral monster) in this piece, though, if these depictions are accurate, I really do fear for our future. Sometimes I think the author attempted to use illustrations to create humorous situations, though none ever stuck with me. To have such a dark manga, devoid of any form of comic relief added to the exhaustion for a reader who is invested in this piece. It was too addicting to put down, but I was left on edge the entire time, and not necessarily in a good way.

I also found that towards the end, the protagonist sacrificed, or at least rejected every other relationship he had. There was no closure with any other characters, and left many feeling unimportant and underdeveloped. These criticisms are personal preferences of course, and it could be argued that leaving all these questions and providing such a dark atmosphere resulted in residual feelings that remained with the reader long after their read. While this is true, it may be at the sacrifice of this piece’s re-readability. The ending was tragic, yet necessary. The drama surrounding it seemed a bit excessive, but when you separate yourself from the characters and think of the bigger picture, you realise how lucky you are to be observing such a historical event, and the attention it was given was adequate.

3 Level Combination is a once in a lifetime read, for two reasons. It is a beautifully drawn, beautifully told and tragically ended story about growing up, morality and humanity. It has become one of my favourite mecha manga, displayed the brilliance of coloured artwork, and reinforced how webtoons are just as compelling as traditional manga/manhwa. However, subjecting my body to the emotion and physical turmoil once more seems unneeded at this time, and one read through might be sufficient for my lifetime. But I hope that many others read through it in their lifetime too, for such an outstanding piece should not be bound to the depths of obscurity.