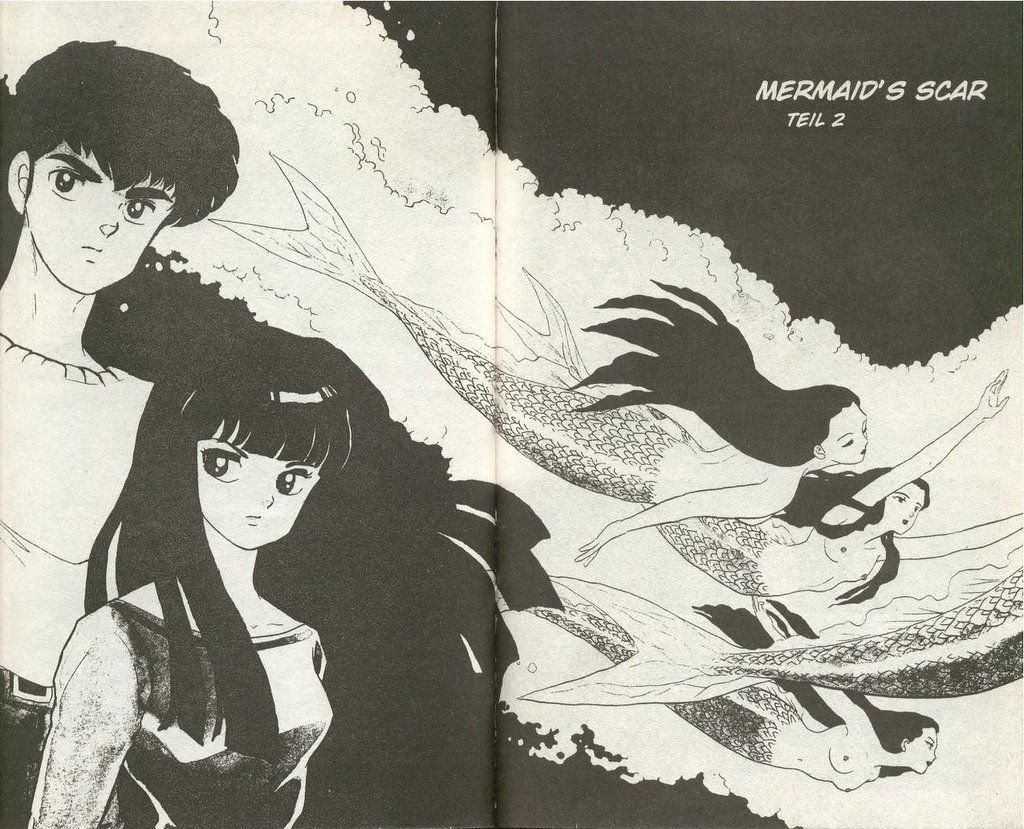 Story and art by Rumiko Takahashi

The story centres around Yuta and Mana, humans who have been granted eternal life by eating the flesh of a mermaid. We watch as they travel around Japan for centuries, longing for their lost mortality. Along their journey they meet others who have become immortal. Realising the flesh of the mermaid effects everyone differently, they discover that they may be the lucky ones.

Rumiko Takahashi is one of my favourite mangaka of all time. Her ability to uncover the intricacies of mundanity and extrapolate lead to multiple epic slice of life soap operas, such as Maison Ikkoku and Ranma 1/2. However, the piece we are discussing today is much darker than what she is known for, a title which undoubtedly inspired the macabre themes in Inuyasha.

I enjoyed the fantasy elements that Takahashi presented in this piece. While they were not particularly original, the various myths and legends explored were intriguing to read about. I especially liked the design of both the monsters and the landscapes. While they were all faithful to the classic Takahashi style, an ancient, grandiose atmosphere was present while reading. I genuinely believed I was roaming through castles that were centuries old, and battling creatures whose names are, to this day, cemented in legends. However, the designs of the human characters were quite lacklustre. While it was important to create characters that the reader could identify during different periods of time, they were too generic for protagonists. While it wasn’t detrimental to the story, the characters were not memorable, and I remember little to nothing about them.

Due to the characters being immortal, and the episodic story style, I never felt like there was any progression. While this may have perfectly captured cyclical nature of immortality, it did make the story a tad repetitive. The plot of each chapter, when said aloud, sounds very good. And to an extent it was. But the issue was that each chapter played in the exact same way; characters are walking, discover something out of the ordinary, it somehow relates to the mermaids, there’s a fight, and then they leave. This generic structure that Takahashi presses her narratives into turns what could be exceptional storytelling into predictable clichés.

The characters had a decent amount of depth, touching on how torturous eternity can be on one’s psyche. I also liked how they linked immortality with love, and how at its purest form, it can be unwavering and everlasting. However, as only the two protagonists travel between chapters, the other characters, usually antagonists, have no real development. Takahashi tries to balance this by using different urban legends to establish characters, informing the reader on these entities before introducing them so that they have some substance. You can never really get close to them though, as they are obviously going to either die or disappear by the next chapter.

It’s interesting talking about the pacing of this manga, because it’s very different to Takahashi’s other works. One of the biggest flaws in Takahashi’s works is that each title is either stretched out or packed with filler chapters, Mermaid saga feels a lot more slower. Not in a literal sense, as each chapter is filled with some form of fast paced action, but the story seems more balanced. While this manga only makes up 3 volumes, if it were to be any longer I think the repetition identified by the reader would become a serious issue. Though, with what we’re given, Takahashi starts with a premise, explores it to a substantial degree, all while making an engrossing experience for the reader.

Mermaid Saga is a highly enjoyable piece, and I had a great time reading it. While there were a few refinements that could have been made, including more complex character designs and less repetition, that didn’t prevent me from appreciating what was good about this manga; the myths it explored, the great monsters and environmental designs, the macabre storytelling and the decent storylines that accompanied them. Anyone looking to read a short series (it’s only 26 chapters) should definitely pick this up. If you’re not too critical, and enjoy it for what it is, you’ll be highly entertained.