Synopsis:
A series of works exploring the themes of building and conflict.

New engineering is definitely the hardest manga I will ever have to review. This is because the standards I use to judge manga aren’t very applicable, as the piece itself is not trying to convey orthodox emotions usually linked to the medium. 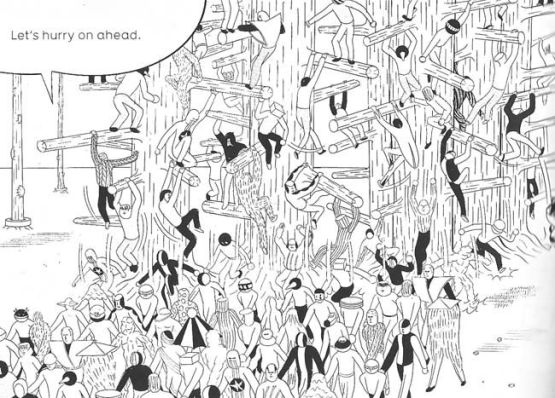 New engineering, as opposed to combining visuals, writing and story to create an engrossing tale, focuses primarily on building worlds using shapes. Using architecture principles, Yokoyoma creates various scenes and characters in bizarre ways with little to no back story. I found myself mesmerised by the patterns and intricate relationship between the various shapes that the author uses, and was almost completely unaware at the lack of plot. These shapes were also used to create fights between characters, which resulted in some surprisingly exciting action. Not only did these configurations result in some incredible imagery, but the scenes that depicted conflict felt different to normal fighting in manga. Instead of two separate entities interacting with each other, it felt more like one whole image, where the individuals fighting were still somehow connected. While the abstract imagery makes some additions look random, Yokoyoma was meticulous in his creations; everything has been added for a reason.

There is no overarching theme in this piece, rather a series of vignettes with little to no plot. Therefore, talking about characters, development or story progression is useless. As the book progresses, it becomes more apparent that any substance abstracted from this manga comes primarily from the reader. How you choose to interpret these pictures, and how you construe the interactions between characters effects how much you will enjoy New engineering. The story involving the mountain was a highlight for me. I found myself staring at art for ages, trying to interpret what the interactions within the piece represented. 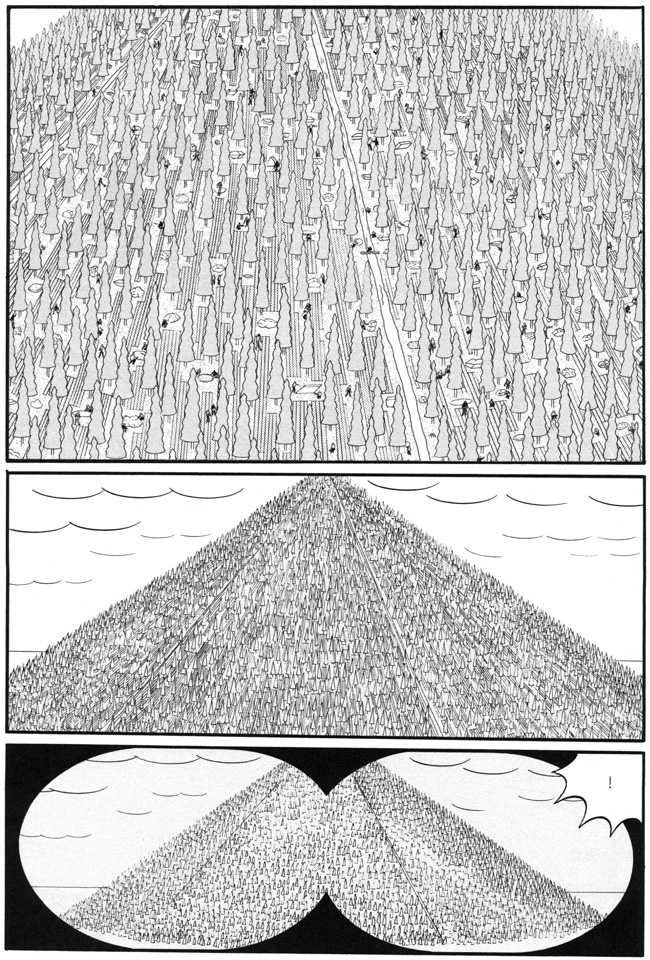 Overall, Yokoyoma has produced a piece of work that highlights how vast the boundaries of this medium are. The large reliance on art to carry the piece payed off, producing many interesting and unique artworks amidst a hazy story. Though it probably wouldn’t convert a non-reader into a fan, lovers of manga should check this out, if only to see the many amazing and bizarre pieces that can be produced by the medium.

As a side note, this piece was one of the reasons I decided to write manga reviews. These obscure, yet, incredible manga hardly get the recognition they deserve. While it’s not one of my favourites, as a connoisseur of the platform, I think it’s important to highlight all forms of creation inspired by the medium, and reading it has been a pleasure.