Mail is scary. There’s no doubt about it. I experienced genuine fear when I was reading it. If that was the only criteria for a horror manga, Mail would get full marks. But unfortunately, this episodic horror series dipped in quality very early on, seemingly forgetting what made it special in the first place; unpredictability. Towards the end of this manga, plots were rehashed, common tropes were used and stories were underdeveloped in an attempt to spread ideas very thin. This was very disappointing to discover, considering there were only 18 chapters, meaning 18 stories to conceptualise. When this series was good, I had trouble reading it without someone close by me for comfort, but when it was bad, I had trouble reading it in general. 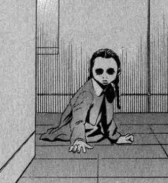 To begin with, I liked the concept of the manga. A wandering expert of spirits guiding those in the world of the living through various paranormal experiences. It played a lot like a horror version of ‘Mushishi’, with an intriguing protagonist with a decent amount of characterisation. I enjoyed his presence, and never found him overly preachy or inauthentic. However, the way the author used his character led to repetitive storytelling. Each chapter plays out the same; our protagonist introduces the theme of the chapter, a normal person has an issue with a spirit, contacts the protagonist, and he deals with the spirit. There never felt like there were any stakes, because the reader knew exactly what was going to happen. I would have preferred the series to play out differently, either;

With these suggestions, either the protagonist is given more of an opportunity to be fleshed out, connecting with the readers, or new characters add a refreshing twist on the episodic nature of this manga. It would also be helpful for the character to not own a weapon that can deal with spirits in one shot. It would build up tension, and make the spirits threatening in more than just appearances.

The art was well done, though nothing extraordinary. There was a sense of fluidity within the art, which helped emphasise the horror elements of this piece. The way the spirits occupied space added an extra sense of terror, and an inability to predict their manifestations fuelled the reader’s state of anxiety. I also enjoyed how Yamazaki used angles to further emphasise his distorted imagery. Some things he drew were incredibly creepy. Other things, seemingly normal things, became creepy based on how they were situated in the panels.

In regards to the horror elements, they were… inconsistent. Not in topic, that is. The same elements of fear were used in multiple chapters, child-spirits, anomalies detected in pictures, similar victims. Even if they are common motifs, they were used effectively the first few times. But soon, I begun skipping portions of the story where the exact same plot explained to me 3 chapters ago was repeated. The variety in spirits, or lack there of, hindered the manga’s horror elements even more, and was unable to create an extended universe of whacky creatures. I feel this series would have been better if it added other elements from other genres to fuel the plot. Instead of attempting to be a ‘pure horror’ manga with a repetitious conclusion, adding extra elements of mystery or drama may have fleshed out the story, creating a more rewarding experience for the reader. It may not have been fear inducing all the time based on the other elements taking the lime-light, but in saying that this manga wasn’t scary the entire time either due to quality anyways.

Chapter 14 was absolutely exceptional – unique art style, interesting story and by far the scariest plot. Reading this chapter made me upset. My determination to finish this manga was wavering, and the author brought my back in with a series of new concepts that refreshed the series. But where were they ten chapters ago, when I really needed them? Overall, ‘Mail’ strikes me as a series full of inconsistencies. It doesn’t know what type of series it wants to be it, it doesn’t have a consistent balance between art and writing, and it sometimes forces a story on the reader to create what it believes to be horror. While these flaws are hindrances, the final product still has more positives than negatives. A genuinely interesting protagonist mixed with well-placed cinematics contribute to some genuinely scary moments. I’m glad this manga exists, and if further revisions were possible (which may include leaving out repetitive chapters), this series would not just be considered to have ‘potential’. 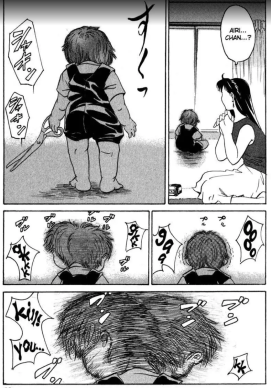