Can Spelunky 2 Improve on the Original?

Despite what I said in my original piece on Spelunky, I don’t think the game is objectively perfect. It’s perfect for me, because it contains all aspects that I enjoy when playing video games. But to ignore the less developed aspects would be wrong of me.

The main issue players have with Spelunky is the co-op play. Having one player control the game’s camera makes it impossible for other players to explore levels, as leaving their friends sight essentially means death. This type of gameplay prevents the player from exploring all areas within each level, a type of play style that the developers instilled in players during single play. It’s obvious that players will have to adapt their play-style to account for extra spelunkers, but at the end of the day, we are SPELUNKERS. Explorers. We have been rewarded countless times for going out of our way to search every nook and cranny in each level, and the type of co-op play Spelunky provides removes this play style if we want to succeed.

In saying that, I can understand why the developers decided on this multiplayer mode. Splitting the screen would make it even harder to progress naturally through the game, as the player’s peripherals become smaller, which can lead to more mistakes/death. One of the reasons that Spelunky seems fair (most of the time) is because the game gives you everything you need to win. They give you tight controls, access to potentially game breaking items and a large view of all the obstacles in your vicinity. The land may be difficult to traverse, but a majority of the time this difficulty can be seen. This balance may be hindered if the screen is split once, let alone 3 or 4 times. Despite its flaws, I still think this would be the best way to tackle local co-op. While it may make it Harder for players to do as well, the extra freedom it gives them is definitely worth it.

What I want Spelunky to keep is it’s tight controls, attention to detail, nice visuals, compelling chip tunes, but still be different. OK. no worries. easy peasy. Personally, I would be fine with an essentially re-sprited spelunky. Sure, there would be new worlds, monsters and items, but the main structure stays the same;

I originally wrote the first half of this piece before the gameplay trailer of Spelunky 2 was released. After watching it multiple times, the rest of this piece is going to discuss what I did/didn’t see, and whether these additions are positive (in my opinion).

I feel the Spelunky 2 trailer did its best to separate itself from the original by spending the majority of its time showing us new features. There were a lot of new enemies/traps, weapons levels and characters for the viewer to digest. To respond to my original issue, the online multiplayer looks great, something the original Spelunky didn’t possess, though I’m not sure if much was given on local co-op camera settings. 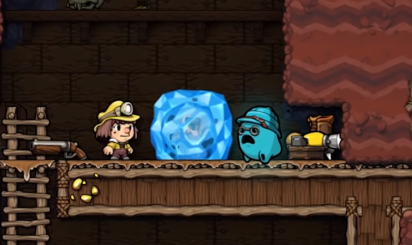 A completely new physics system for liquid was displayed, one that may allow the player to float down bodies of water (a la Minecraft) and allow lava to surround and trap players. In regards to these new features presented, I’m very excited. As I mentioned in the paragraph in the first half, a re-sprited original Spelunky is all I asked for, and Derek Yu and the Mossmouth team have given me that plus more. The controls still look tight, and the team behind it knew what parts of the original should remain the same, and which aspects they could play around with. However, my only source of worry came when watching the characters present another new feature; rideable animals.

Now, don’t get me wrong, this is another feature I adore and cannot wait to play around with, but it was only when watching these segments that I got a good look at the visuals. Now they aren’t bad, but at times they seem a bit… dull? While the first Spelunky was vibrant and full of life, some levels we were shown in the trailer looked a bit washed out. Some looked great. For example, the level at 0.54 seconds looks really fleshed out, obviously inspired by Japanese architecture.

I have no issue with the developers playing around with the art style, but I felt some art resembled that of a fan game then anything else. As if “they were so focused on making all these awesome new additions to their favourite game Spelunky, that they didn’t feel the need to amp up the art style”. Further, the way some agents moved seemed a little imprecise, something I never noticed in Spelunky. Their walk-cycles weren’t as distinct as the original, something I hope hasn’t been done to make newer features be playable (e.g. it would be hard to ride animals with arrow traps all around the level). Maybe some of what we saw is placeholder art, something that will be refined in the coming year, or maybe it’s something I’ll get used to. 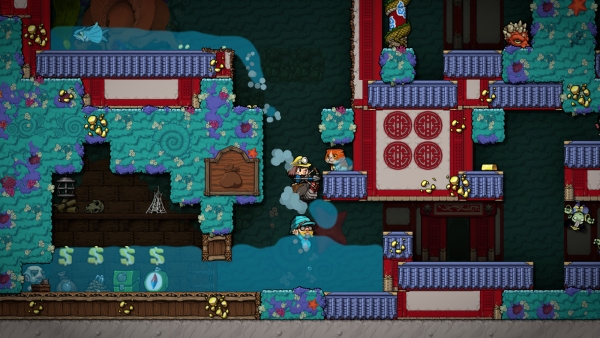 I just hope that the art, one of my favourite aspects of Spelunky, is not put on the back burner in favour of adding a whole lot more content to the game. Ultimately, I felt the depth that came with the art-work separated Spelunky so much from the other games within its genre/s. I hope the world building is “built” upon in the next year, because the new art-style presented can definitely create a similar feel with some refinement.

In conclusion, I’m impressed with what I’ve seen in this trailer! I’m excited for the next instalment of my favourite game, and am eager for more gameplay footage to be released in the future. Hopefully a bit more refinement will be identifiable, and the world and its inhabitants have some more depth to them.

P.S. I was absolutely devastated when the “9” for 2019 appeared on my screen.