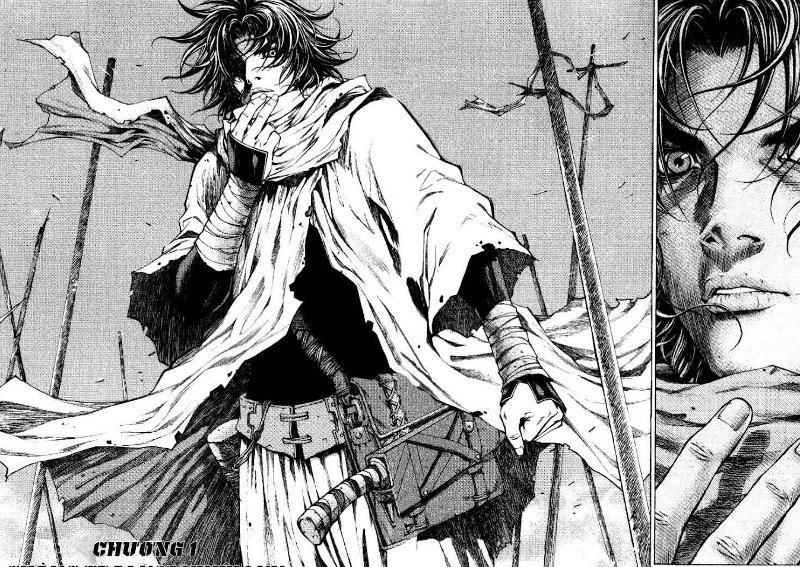 Synopsis: The series follows the adventures of Banya, a teenage delivery man with a reputation of providing precise and timely execution. With a worldwide war raging between humans and monsters, the young delivery men of the Gaya Desert Post Office do not pledge allegiance to any country or king. This manhwa chronicles their journey.

Banya is undoubtedly the most underrated manga I’ve read. In my mind, it has been given a pitiful amount of appreciation, something I aim to combat in this piece. Its well executed story and engrossing environments perfectly soak up the bloody battle scenes scattered within this manhwa. Volume 1 of Banya was the first manga/manhwa I ever bought, before being interested in the medium. I picked it up from a book store one day, buying it for the cover alone. As an 8 year old, I was mortified with some of the fighting scenes, and hid it behind my book shelf. Now, Banya proudly sits in the centre of it, and I’ve come to truly appreciate the panels of perfectly crafted art.

At first, Banya can be easily categorised as another mindless action piece, filled with an endless amount of blood and guts. However, I was taken aback by how expansive the universe is, particularly for such a short manga. The reader is constantly introduced to new creatures that inhabit the world, all of which being linked to the various environments they reside in. The exceptional art, on its own, will illicit intrigue about the monsters that our protagonist must defeat/run from, but the author goes into great lengths to match great drawings with complex relationships, legitimising his creations. One extra technique the author uses to create a unique universe is adding a small character profile to the monsters as they appear in the manhwa. While subtle, and sometimes even overlooked, this acclimates the reader to their new world, and the additional substance to these creatures makes them feel more significant within the piece without having major plot roles. The frequent change in environment, wide selection of creatures and the intricate relationship they share, left me with great memories of the Banya universe.

The characters, unfortunately, are not as developed as the world they inhabit. Almost all their designs are exquisite, staying faithful to the “mailman” aesthetic while still being somewhat stylish. Young-Oh has created characters that look great while also being practical (all characters equipped for desert environment, no skimpy/impractical outfits). However, like most manga/manhwa that are primarily focused on action, the characters are mainly developed through battle, and lack psychological depth. Many have tragic backstories that could have added to internal struggle, adding another layer to the character, but instead they served more as lessons for the battle field, endorsing morals that support bravery and strength. Though this may have fitted well with its genre, in hindsight, it leaves the reader with an unmemorable cast that resides in a very memorable world.

As previously mentioned, the art is a standout in this work. Young-Oh goes into painstaking detail when creating his characters, never dropping in quality. This detail is even prevalent throughout the most gruesome of action scenes, beautifully rendering decapitations, amputations and other forms of maiming. 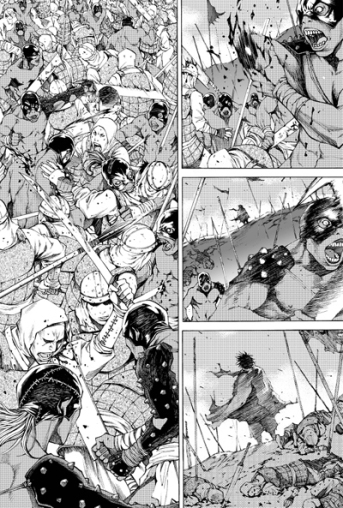 The pacing of this manga, for the most part, is well done. Banya takes the form of an episodic piece, with each chapter following a new sub-plot different from the last. In a way, it seems fitting that our protagonist, a delivery man, would have separate adventures as a result of each item he must deliver. This was another subtle element that the author added to create internal consistency; the structure of the piece correlates to the way our protagonist works within his world.

Unfortunately, due to it’s length, the ending was a bit rushed, and made little sense. I was very active in following the story line, reading and re-reading sections in order to obtain clearer insight into the protagonist’s objectives. However, the complexity of the ending was inconsistent with the rest of the relatively simple story line, leaving me under the impression that I was reading a separate manga. Further, having to end a series in only a handful of chapters may have added to the frantic pacing of the final arc, cramming every morsel of information possible. While Young-Oh should be acknowledged for his fantastic creation, the world of Banya is too expansive for what five volumes can contain, while attempting to convey a clear and coherent plot. It would have been a lot better if it had been longer, allowing for a slower pace whilst adding more detail to the universe and creating a more sensible and satisfying ending.

Despite its rushed finale, Banya is a highly enjoyable read, something I can recommend for anyone who enjoys a good action manga/manhwa with an engrossing world to explore. If you are skittish about blood and guts, maybe read one of my other reviews to find a more suitable manga, but you may be missing out. A gem that has fallen in-between the cracks of the modern manga reader, Banya’s quality makes it a standout of the genre.